The 24th Most Worshipful Grand Master 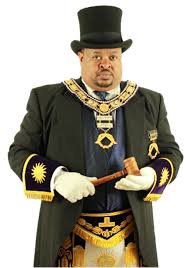 Welcome to the official webpage for the Most Worshipful Prince Hall Grand Lodge of Free and Accepted Masons of North Carolina and Jurisdiction, Inc. We stand on the shoulders of like-minded men who acknowledged and advocated that brotherly love, relief and truth were character traits that formed the foundation for a productive, relevant and service filled life.

James W. Hood, Stewart Ellison, G.H. White, Elijah Lane, E.R. Dudley, R.E. Clements, W.F. Debnam, M.M. Peace and J.T. Howe, were the corporators of the Grand Lodge of Free and Accepted Ancient Masons of North Carolina under the leadership of Grand Master James H. Young whose incorporation was ratified by the General Assembly of North Carolina on the 9th day of March 1897.

On the 26th day of June 1999, the name of the Grand Lodge was changed to The Most Worshipful Prince Hall Grand Lodge of Free and Accepted Masons of North Carolina and Jurisdiction, Inc. under the leadership of Most Worshipful Grand Master Marvin D. Chambers.

The Most Worshipful Prince Hall Grand Lodge of Free and Accepted Masons of North Carolina and Jurisdiction, Inc. utilizes a TEAM philosophy to accomplish a STAND methodology.

Transparency offers a clear, honest assessment about what’s going on.

The beautiful thing about learning is that nobody can take it away from you.

Freemasonry is a progressive art. An institution organized and structured to make good men, better men, we only maximize our talents and achieve our full potential by the continuous development of our mind. Recognition may be withdrawn, titles can stripped, but that what you learn can never be taken away.

A body of men holding themselves accountable to nobody ought not to be trusted by anybody.

“Whatever you do, do it so well that the living, the dead and the yet unborn could not have done it better.”

We have an obligation to those whose shoulders we stand upon. We have a duty to those members who we serve. We have a responsibility to the Prince Hall Masons of tomorrow to leave them an institution that is respected and relevant.

The Most Worshipful Prince Hall Grand Lodge of Free and Accepted Masons of North Carolina and Jurisdiction, Inc. supports projects and programs designed to improve the quality of life of the citizens of our communities. The MWPHGLNC has an endowment fund at the North Carolina Central University (Prince Hall Masons of North Carolina Endowment Fund), a Memorandum of Agreement and Understanding with the Alzheimer’s Association and is a partner of Caregiving While Black. Additionally we present thirty-seven (37) $1,000 academic awards annually; $128,000 since 2019.

The Most Worshipful Prince Hall Grand Lodge of Free and Accepted Masons of North Carolina and Jurisdiction, Inc. advocates the presentation and teaching of the truth. A well-informed organization has the potential to be relevant to our communities, country and society. We must understand the difference between data, information and intelligence.

Data. Information. Intelligence. Oftentimes confused by people, these very different terms can not be used interchangeably but have a tight connection between each other. The order goes like this: Data is collected, then assembled into information, and only then handed to a human analyst to analyze and transform it into intelligence.

Then the LORD said to Cain, “Where is your brother Abel?” “I don’t know,” he replied. “Am I my brother’s keeper?”

We are all leaders!!! Whehter you are elected, appointed or a member, you have a sphere of influence. We all are accountable to someone!!! We all have a responsibility!!! Our accountability and responsibility can be summed up with the acronym LDRSHIP

Duty – Do the right thing!

Selfless Service – It’s not about you! – It’s bigger than you!

Honor – Your actions bring credit or discredit upon your family name and the order!

Integrity – Nobody can take your integrity; you have to give it away!

Personal Courage – What do you stand for?

The Prince Hall Masons of North Carolina are devoted to Godly Principles. The primary three principles are brotherly love, relief and truth. We understand brotherly love when we view the relationship between Johnathan and David. The story of David and Jonathan is one of great friendship. Jonathan went to great lengths to protect David from his father Saul, and David looked after Jonathan’s children long after he was dead. Great friends do those kinds of things for each other. (Wikipedia)

We understand relief as taught by our founder Prince Hall in his address of 1792 where he stated, “Another thing a Mason ought to observe, is that he should lend his helping hand to a brother in distress, and relieve him; this we may do various ways—for we may sometimes help him to a cup of cold water, and it may be better to him than a cup of wine. Good advice may be sometimes better than feeding his body, helping him to some lawful employment, better than giving him money; so defending his case and standing by him when wrongfully accused, may be better than clothing him; better to save a brother’s house when on fire, than to give him one. Thus much may suffice.”

The third principle is truth. We will quote Winston Churchill, “The truth is incontrovertible. Malice may attack it, ignorance may deride it, but in the end, there it is.”

Due to Hurricane IAN, the 2022 Grand Lodge Golf Tournament (Oct 1, 2022) is to be rescheduled due to the weather did not accommodate. Make up date will be forthcoming.